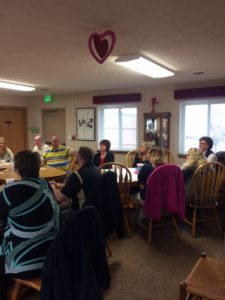 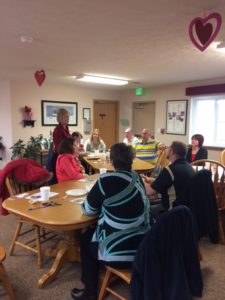 Bethel Community in Rushville, IN is the new meeting site on the second Wednesday of each month for the Rushville Business Networking group. The group meets for a working lunch and shares news and updates about business. The meetings are a great way to make new contacts as it reaches several other towns in East Central and Southern Indiana. The group is part of Hometown Networking.

Approximately 15 businesses were represented at the February 8th meeting from Cincinnati, OH., Batesville, IN., Greensburg, IN., Franklin, IN., Shelbyville, IN., Richmond, IN., Rushville, IN., and New Castle, IN.